Ionna Vautrin has a marked taste for pattern and colour, two features now brought together in the Moaďs project, a collection of pendant and table lights based on five different shapes. Each model consists of ten polycarbonate sheets and ten painted or anodised aluminium 'combs'. The only independent element is the cone-shaped base for the table lights, which is made of black rolled aluminium and comes in three heights.
Originally, the designer was mainly interested in the project’s constructive dimension. She wanted to create something easy to assemble from flat elements, an object that passes from 2-D to volume, as if inflating a balloon. Very quickly, after the basic hyper-rational principle was drawn up, computers entered in the creative process. They make it possible to produce mock-ups serving to verify the validity of her intuitions. Through the use of software, forms are gradually freed of their initial symmetry, their design becomes more complex. The contours of each piece, connecting element (the comb) and deployment of the ten polycarbonate parts are all conditioned by the machine’s computations, as is the regular spacing of the holes into which each of the comb’s teeth will fit. This mathematical precision generates organic shapes - some of them blank, others covered in silk-screen printed patterns. For Ionna Vautrin, creating a motif is a way to dress up an object, confer character, additional substance. Although her ornaments are usually drawn from the world of couture and textiles - lace, padding, cross-stitch, embroidery… - what she has created here is markedly Japanese in its inspiration. It’s quite difficult to design a pattern that applies nicely to the whole volume of a lamp, once all of its facets have been assembled, she explains. To make sure it all works, you also need to fine-tune the greyscale, to adjust its density.
The ceiling lights have something of the Chinese lantern in them. Turned upside down on pedestals, they look like faces, or a kind of totem. For her first personal exhibition, Ionna Vautrin happily plays with form / typology / colour / pattern combinations to offer luminous and friendly presences which, although apparently straightforward, involve high-precision processes. A subtle balance between reason and emotion.
CLAIRE FAYOLLE 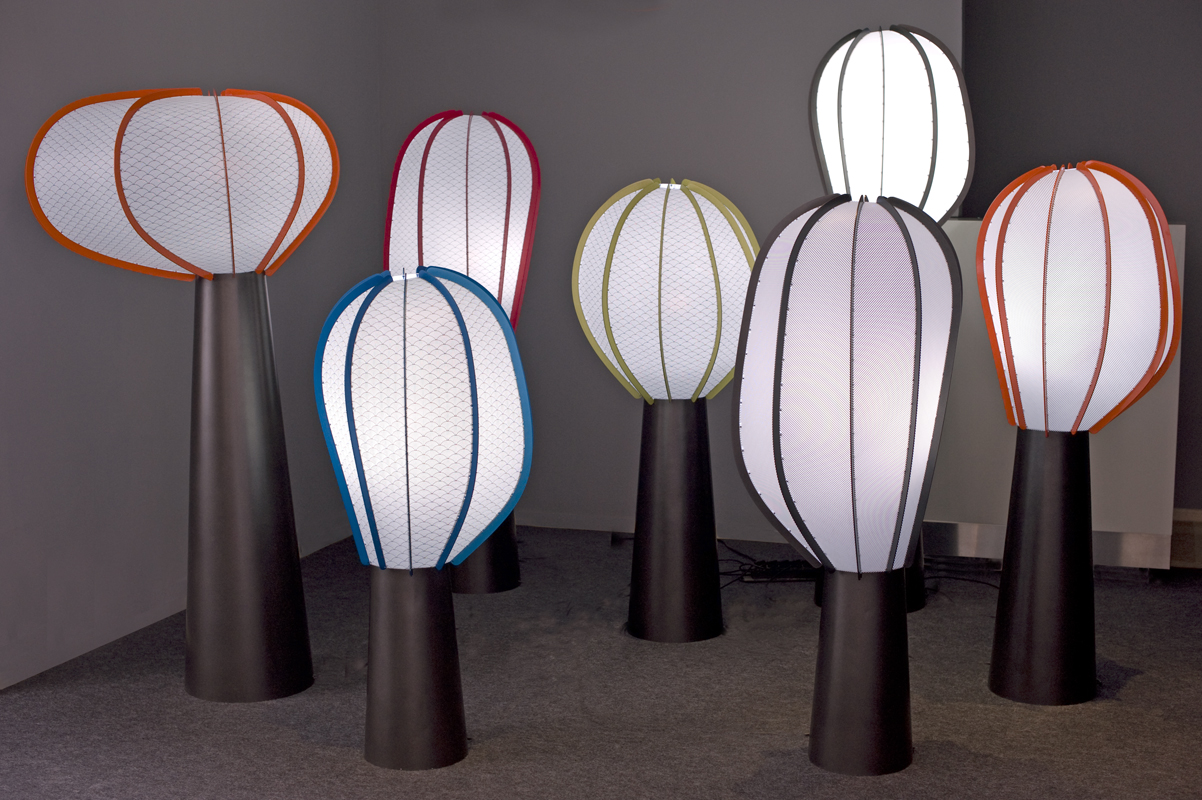 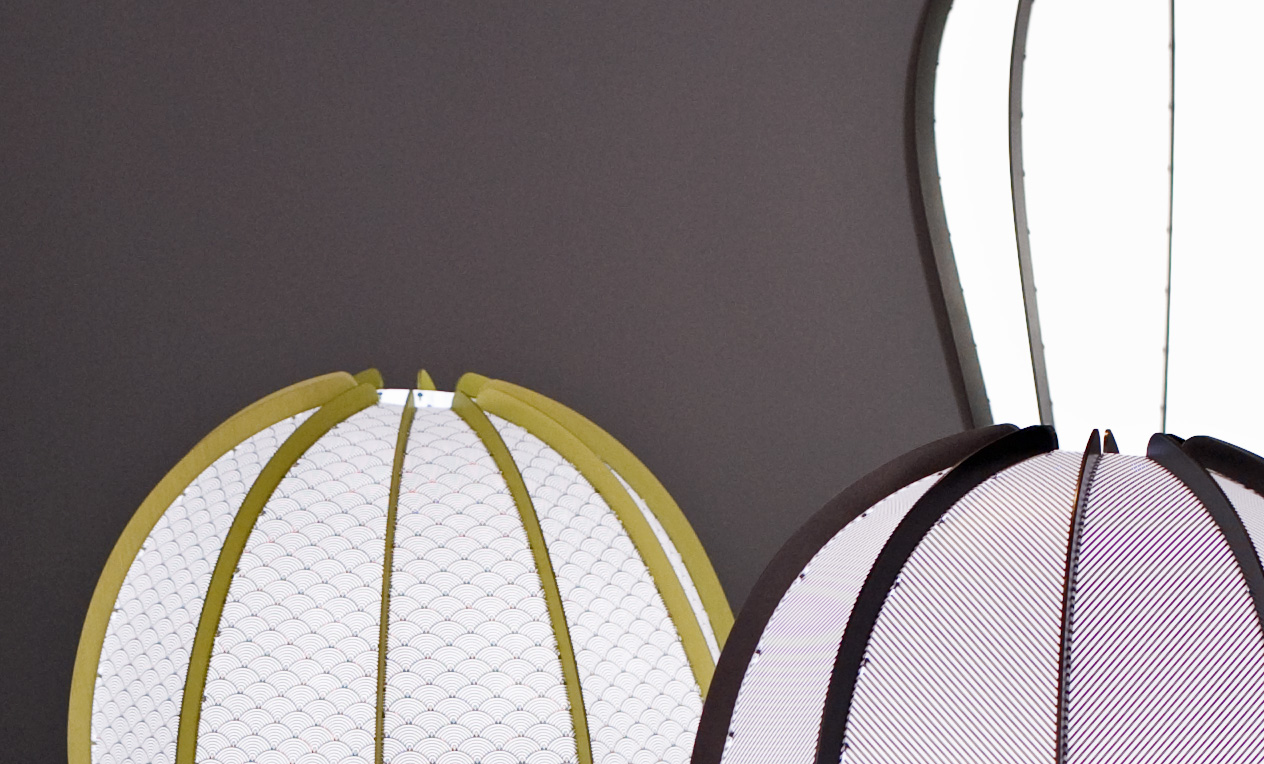