Quiet, bright, large openings: the five pieces on display are perfectly domesticated. A dinner table, an occasional table, a console, a vase, a lamp: the names themselves reflect familiar typologies - a little family prevalent in tidy homes. A gathering of furniture and objects the very sound of which suggests an immutable, perhaps obsolescent order. As if they wanted to whisper in our ear and temper emotions of another order.

Serenity further emanates from the fact that they clearly belong to a single family. Suspiciously calm, again, when they refuse to compose the type of variation expected from a tamer gamut. The parentage is more subtle. In design as in other matters, we are well aware that what is given instantly is seldom what matters most. Because the items are not entirely pacified, and the innocence of their function conceals their concern.

These five pieces are upheavals in the pared-down guise of mundane household uses. They are bursts, perhaps temporarily stabilized, preferring civility over noisy demonstration, more restrained than noisily violent. The accidental nature of their structure is contained. FrÈdÈric Ruyant ís delicate nature is not conducive to savagery. His work thus partakes in a form of permanence in his sensitivity.

Says Ruyant: an image of the icepack in an age of dislocation elicited the initial emotion. The white universality and very texture of Corian © further testify to this. The designer’s perceptions are no strangers to phenomena of an agitated order, a sometimes threatening nature: these pieces are certainly peaceful, but their lines reflect fault lines, like so many echoes of on-going movement. The rhythm produced by the pieces design will no longer nurture an immediate connection with the initial polar wonder - or terror, possibly, as natural phenomena now have a flavour of disaster - if you decide differently. Supremacist in its abstraction, this series is primarily the product of a rhythm, or at least a rhythm can be read within it. In its fault lines, resulting from the breaks without which music would merely be the liquid potion distilled in underground car parks; in the cracks which prevent design from remaining a mere trimming added to rather innocent needs.

The rhythm is echoed in the furniture’s dynamics, when the design’s asymmetry or apparent imbalance seems to threaten the piece’s stability. Neither agitation nor excitement, the motion is generated by the vibration of assembled geometric volumes, the visual promise of distinct forces at work, the contradictory tensions expressed by the direction of cutting in the plates. The smoothness of Corian, the absence of scarring, seams or assembly, the weightlessness associated with the mass it allows here are like so many features that both reassure and add to the mystery. This is anything but contradictory: the potential beauty of design should be believed, not understood.
PIERRE DOZE APRIL 2011 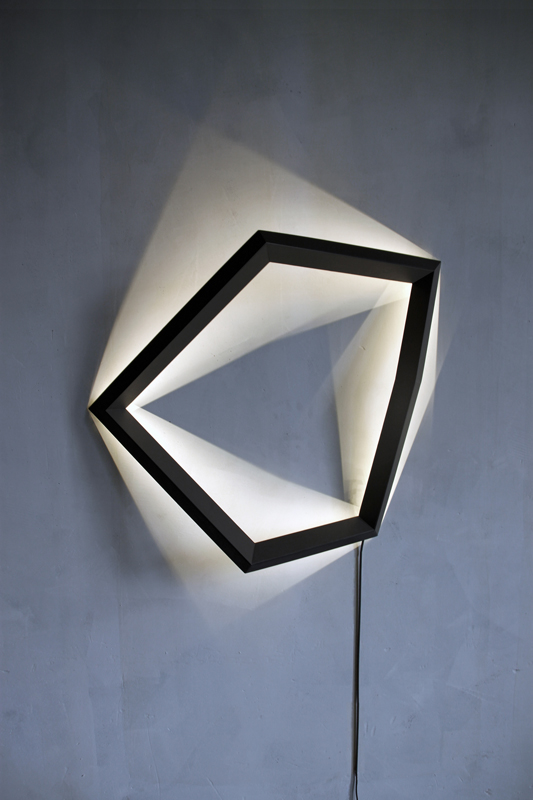 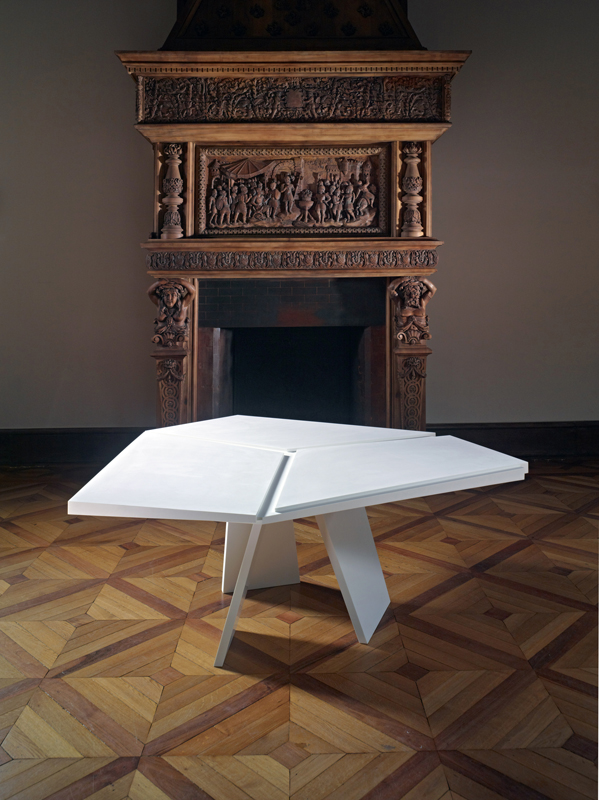 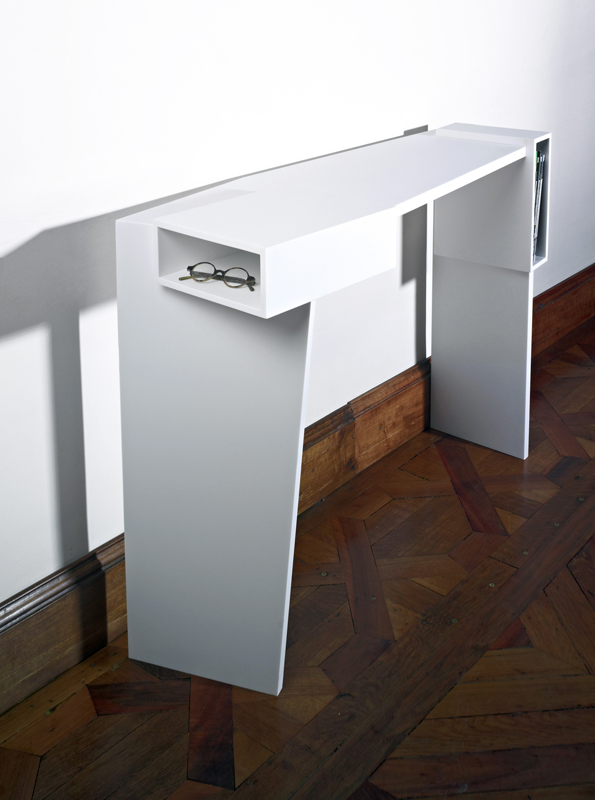 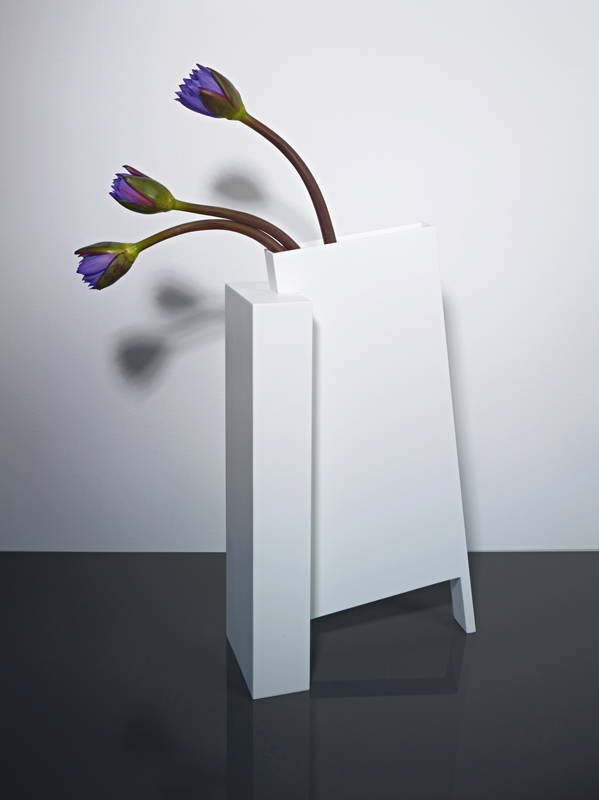