Multiple dimensions are central to the approach in Reliefs. That of time comes in addition: the motion that animates the Reliefs, with a tendency to imbalance, is its design. Mass, its potential slides, the erosion from water or wind, its bite marks.

Duration is factored into the treatment of materials and proportions, in the legibility of the work it suggests, in the very typology of the pieces: a design of assorted faults. Thus translated into functions, they lead to an occupation of space by schematic, changing objects. They initially appear with basic purposes place, store, light, sit, reflect. Once integrated into a domestic environment, the Reliefs compel imaginativeness in their use all the more that they express an unfinished process. These conditional objects evoke what could be much more than what shall be.

Initially, the Reliefs seem to refer to geology. But in a vaguely perverse manner, as Guillaume Delvigne has chosen natural phenomena which, by their strangeness, seem fashioned by man or man's machines. This evocation of nature is more that of bizarre occurrence than of chaos. And less of a memory than a projection. The objects have retained their naming: names of places, an inconsequential inheritance that is however, in a way, an acknowledgment of debt. 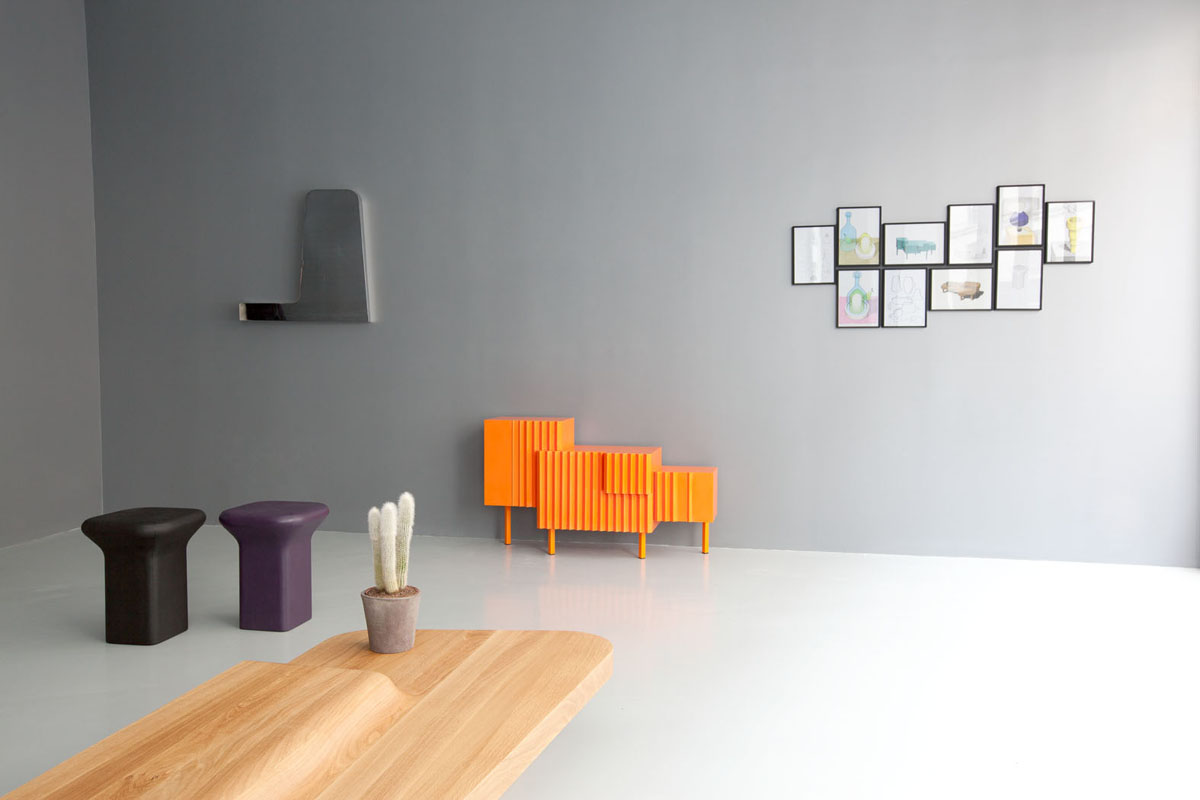 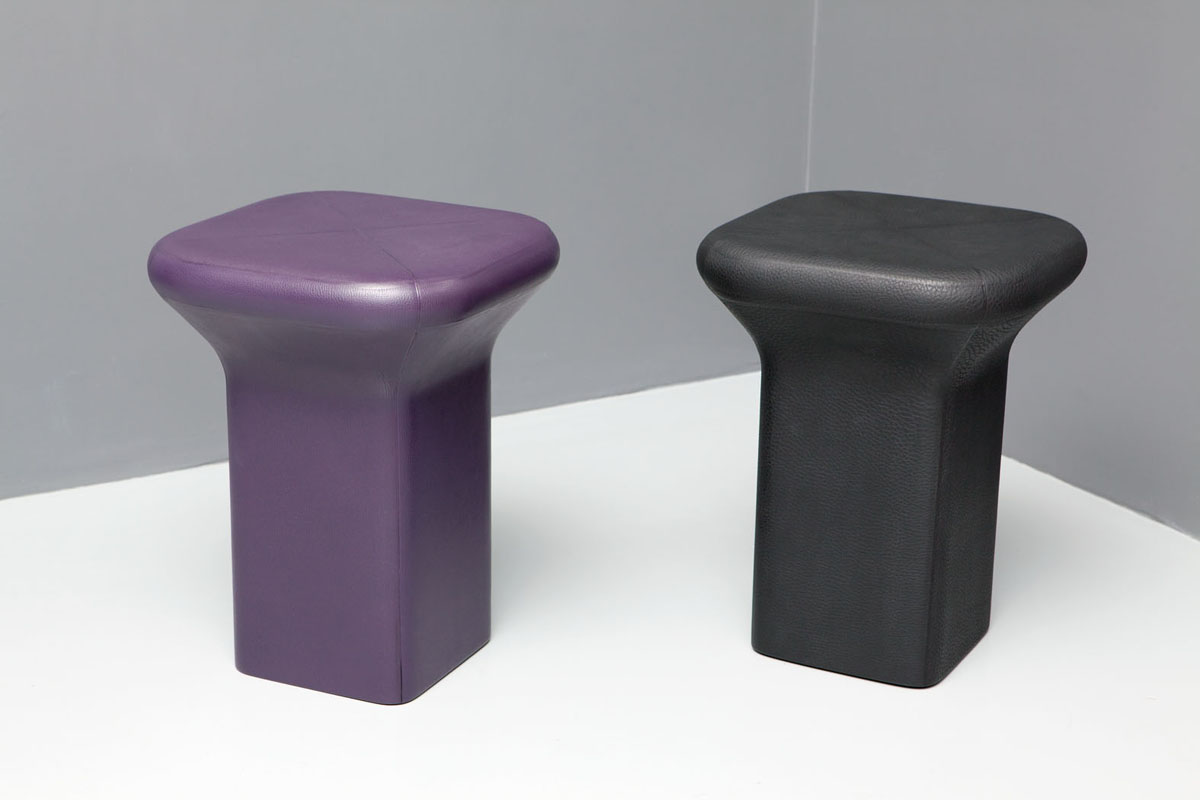 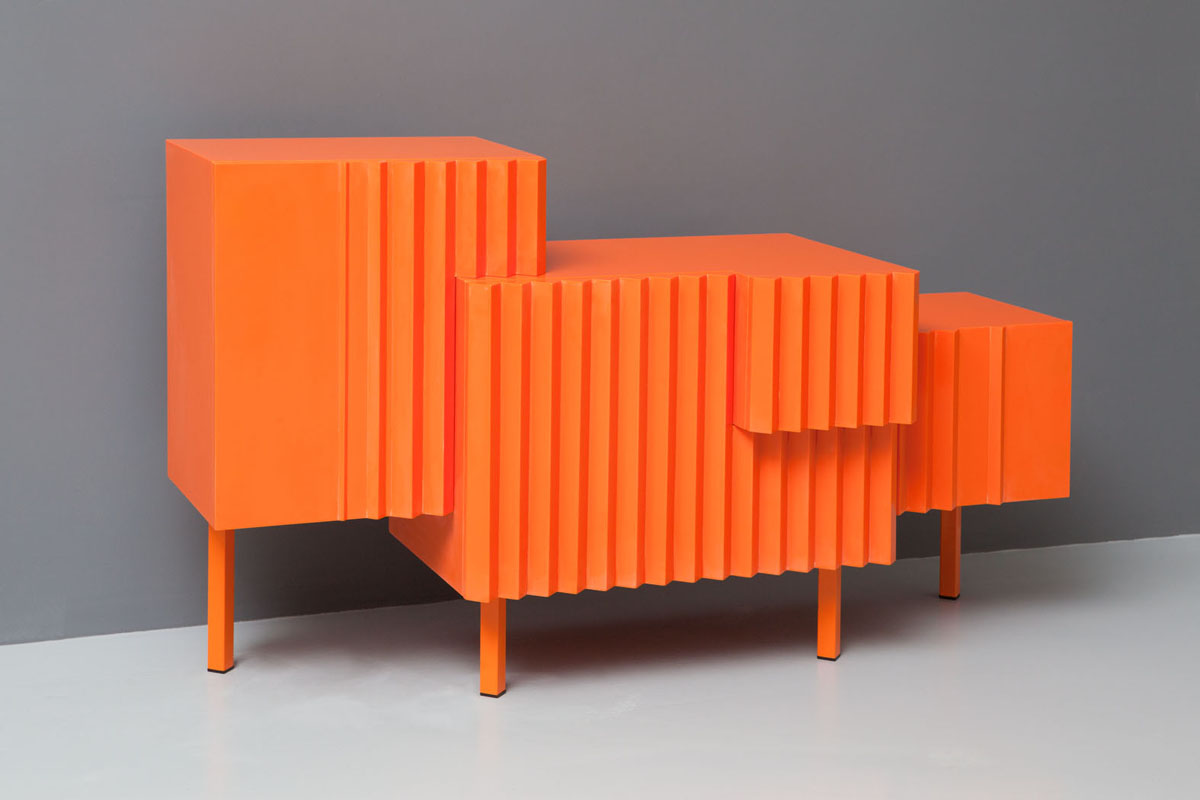 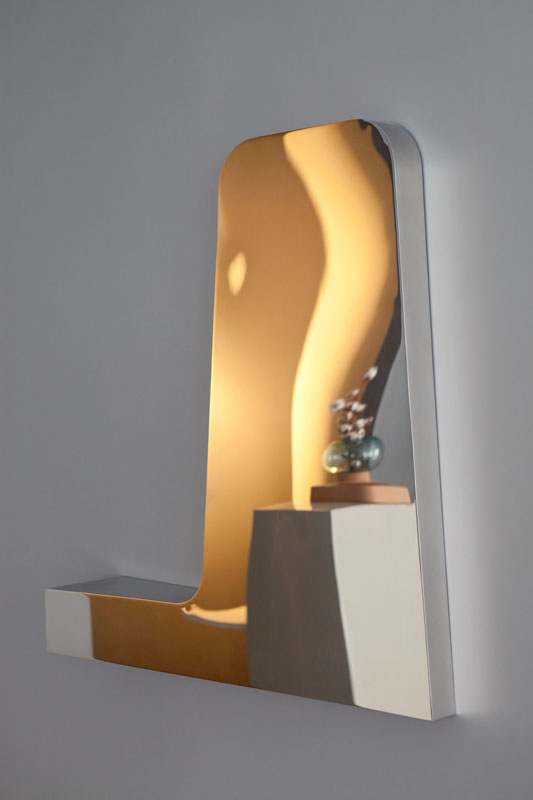