Bram Vanderbeke is a Ghent-based, Belgian designer. He graduated from the Design Academy, Eindhoven in 2016, complementing a prior training in Interior Design at the Royal Academy of Fine Arts, Ghent. His practice is diverse but consistent and stands out for its material, sculptural and monumental qualities.

Bram explores and transforms the possible interactions between an object, its architectural environment and its user, further challenged by raw materiality, form and functionality. His works are in the same time autonomous artistic manifestations and utile solutions, an ambiguity Bram deliberately aims for.
He creates his Architectural Objects and rhythmic installations in varying dimensions, both in private and in public contexts. The works often influence the spatial perception of the environment they become part of, sometimes by extending an existing space through creating a new space within it.

Bram Vanderbeke is one of the founding members of BRUT, a collective of emerging Belgian designers. He also collaborates with Dutch Invertuals (NL), Core Studio (NL) and Nilufar Gallery (IT). 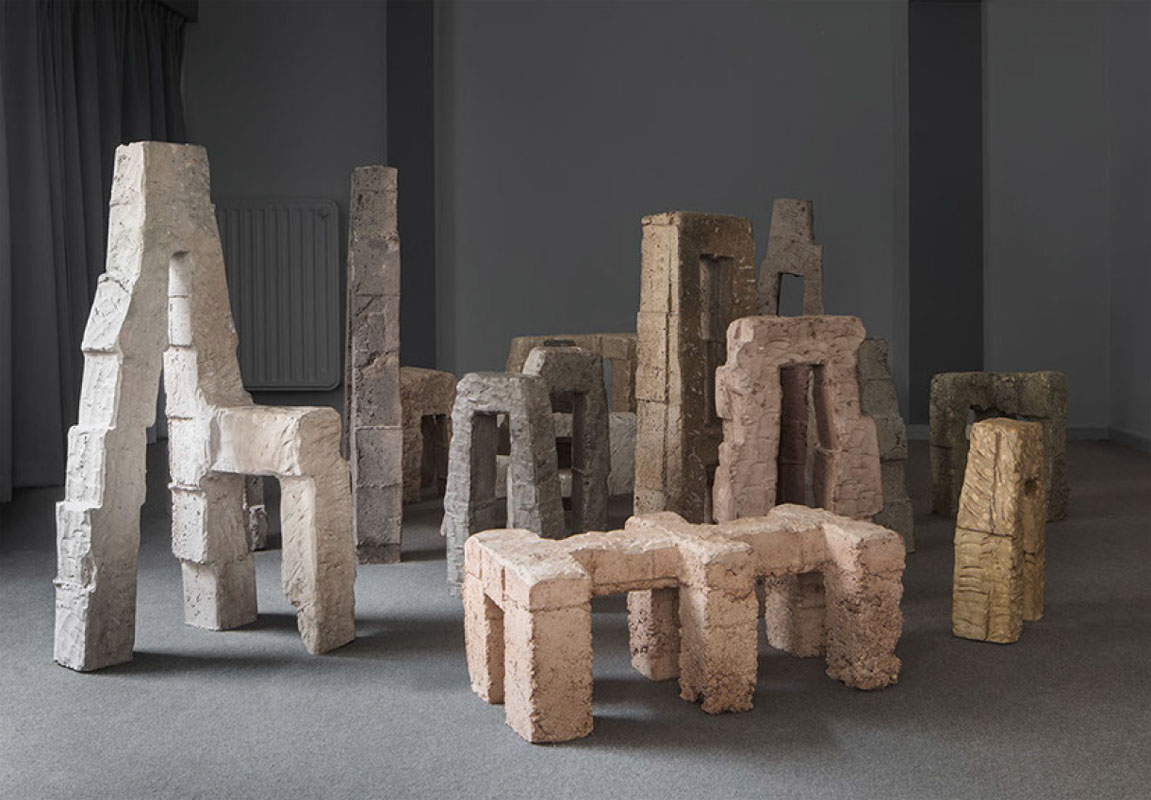