In praise of shadow and light

What is there in the visible and predictable?

What is there in a light phenomenon which, solely through the artifice of oscillatory motion, plays at transforming our vision and shifting notions of space to the point where its relation to time becomes diluted?
Damien Bénéteau’s luminous objects - kinetic sculptures, almost - seem to be there purely to challenge our perceptions of the volumes they appear to populate mechanically. It’s as if machines were to take on a body and soul through the light they exude and impose their own pace, their own lives.
This hand-to-hand contact with the light and the void far exceeds the mere effect - the vain artifice of suspending time - to reveal a more human dimension through our fascination for perfectly-mastered motion. As if our eyes, thus saturated with these flashes of light, were left hypnotized, almost completely frozen.

Reducing the artist to a sculptor would be too much of a shortcut: he worked as a photographer for over 10 years, and he draws and fashions his forms with almost surgical precision. The play of shadow and light, the surface treatment - sometimes shiny, sometimes matte - the chrome and deep black, everything here constantly reminds us of his obsession with the image and its relationship with a precious mechanical device serving as an extension for the hand.
The pendulum itself leaves no room for chance: it irreversibly absorbs and freezes any instant in life with the stubborn oscillation of perpetual motion.

This is obviously what Damien Bénéteau is striving to achieve – coerce us to see and think, become the eye before the mind – and that imbues his work with a poetic, timeless dimension.
And of course, because through the aesthetics of the objects they project, he transcends whatever remains of their trivial functionality to emanate new powers of emotion. 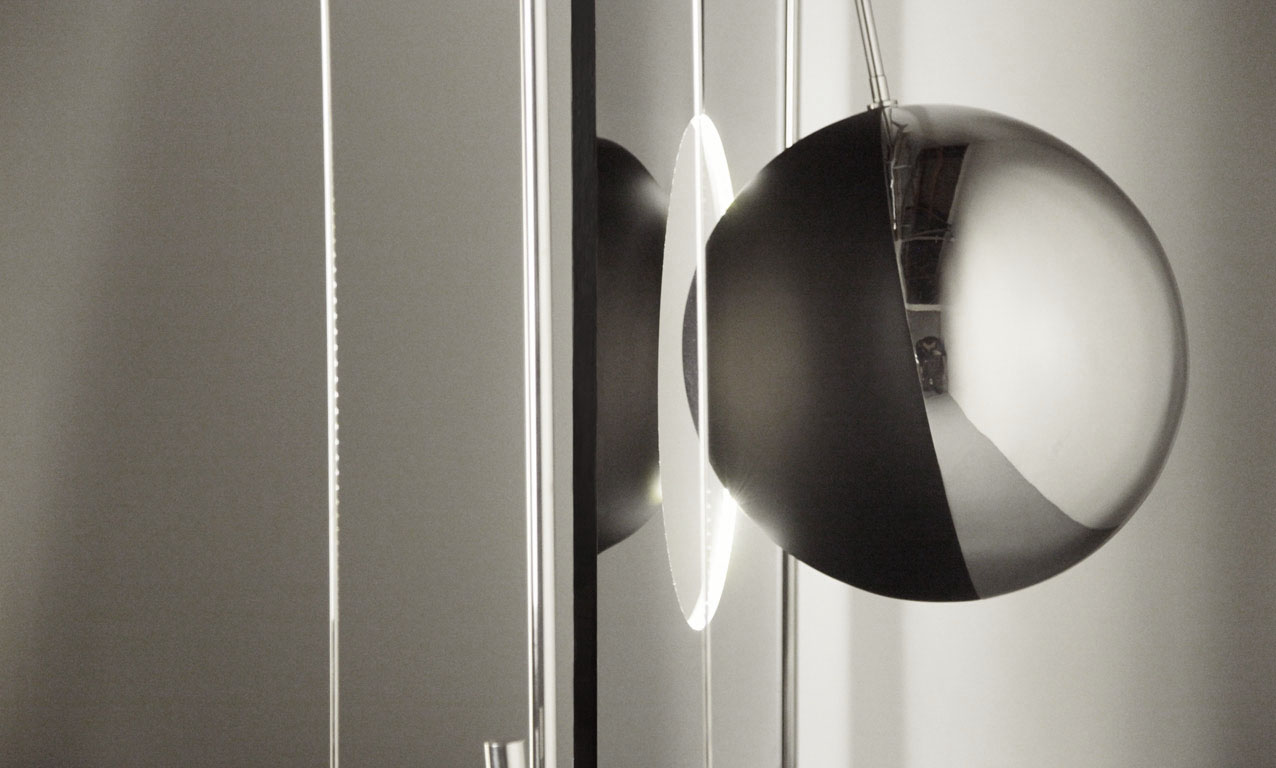